One year after WCSJ2019 Lausanne 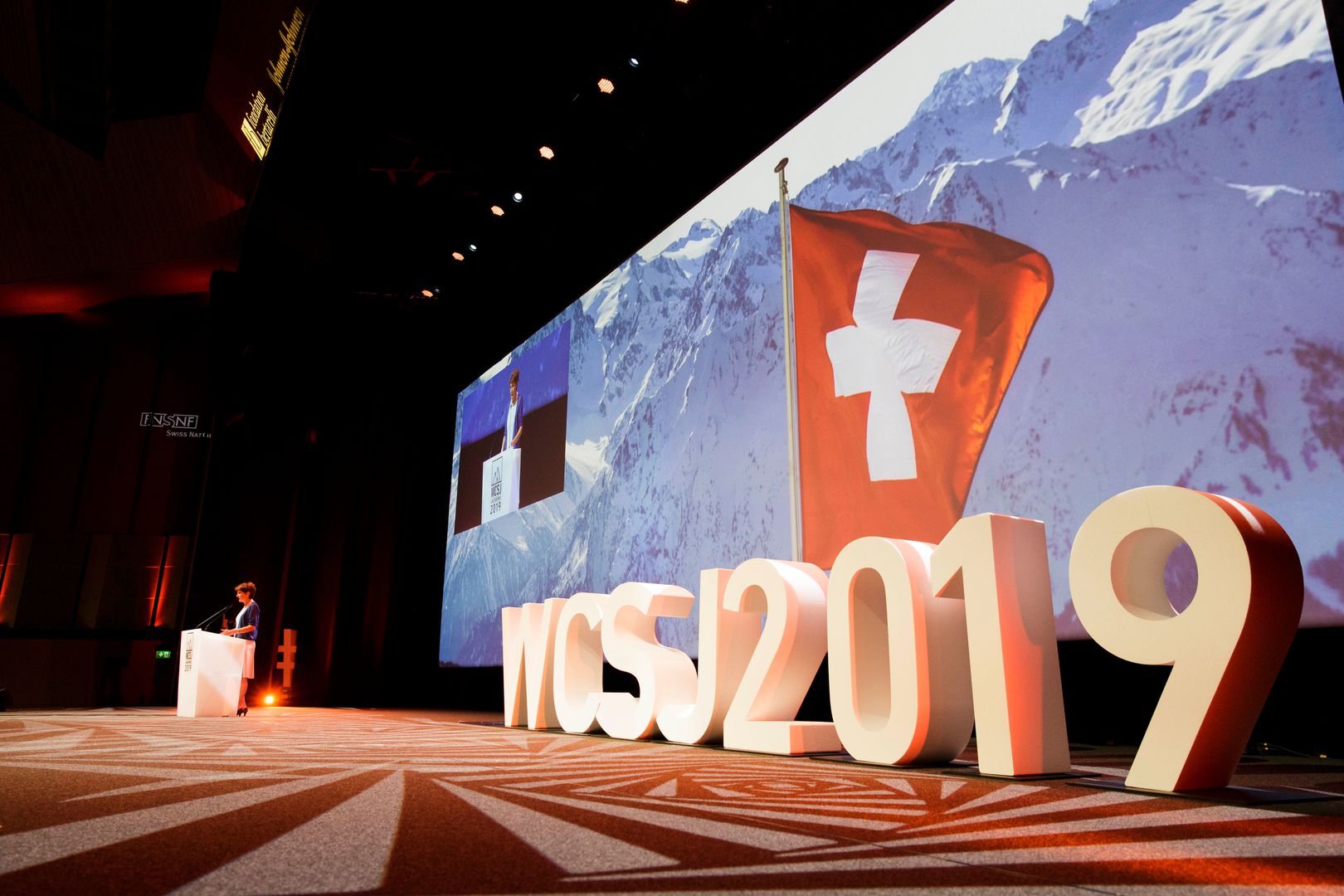 “It is science that establishes the facts. It’s also science that is sounding the alarm. […] The exercise of democracy is dependent on the work of science journalists. Even more so when a president of great power calls anything that does not suit him “fake news”. Your role is therefore more necessary than ever: to explain the challenges of research, to disentangle the true from the false, to provide a critical reading that would go beyond a click on a search engine.”

Those words pronounced on the 1st July 2019 during the Opening ceremony of the World Conference of Science Journalists in Lausanne, look like a kind of prophecy with regards to what happens nowadays in the world. But Simonetta Sommaruga, last year vice-president and in 2020 president of the Swiss Confederation, could not be more on target, as the recent months have shown.

What a stimulating time for science journalism, with the COVID-19 pandemic and so many important science stories to tell! Who could have imagined that just a year ago, as the world community of science journalists gathered together on the quiet shores of Lake Geneva for what will remain a tremendously successful reunion (read the Final report)? Who could have thought that some of its most famous speakers would now be on the front row of a world-changing event, like WHO’s Chief Scientist Soumya Swaminathan and pandemic specialist Mike Ryan, also from WHO? As a legacy of the WCSJ2019, you may find many of the sessions video recordings on the WCSJ2019 website, giving a myriad of hints on how to practice good and impactful science journalism.

But let’s stop the backward looking. As thousands of science reporters haven’t counted their time during the last weeks to work hard, so have some associations of science journalists to underline the importance of this work, including those from the three countries which joined their forces to organize the WCSJ2019. The Swiss Association of Science Journalism (SASJ) published an open letter early June to describe an alarming situation and “the difficult economic situation facing the media and threatening the coverage of scientific news, often considered ‘nice to have’, pleasant to have, but not essential”, as Huma Khamis, vice-president of the SASJ sums up in an in-depth national radio interview.

For Fabio Turone, president of the Italian association SWIM, “during the COVID emergency, the importance of science journalism has become evident, making it even more crucial for the community of journalists to discuss in an open and transparent way the principles and values that inspire and guide the best science journalism: one of the first and most important principles is the search for independence.”

Yves Sciama, president of the French Association des journalistes scientifiques de la presse d’information (AJSPI), offers an in-depth professional analysis on the profession, which he shared on many different media outlets (France Inter, France TV Info,  France Culture… ): “The ideas I am defending are always the same”, Sciama says. “I point out that the media that had science journalists in their newsrooms usually covered the crisis well – and for some of them wonderfully! On the other hand, the media (even reputable ones) without science journalists fell into every trap, and gave coverage, credit and attention to personalities and studies that did not deserve it. A handful of media without science journalists also scrambled to hire them, either as staff or as freelancers (among others Les Jours and Mediapart) and ended up doing a good coverage! With COVID here to stay and the environmental and climate crisis looming, it is more urgent than ever that all newsrooms strengthen and professionalize their science coverage by bringing in a sufficient number of real science journalists, if we want to avoid the terrible misinformation that we had in the last months, which did a lot of harm, including for public health.” 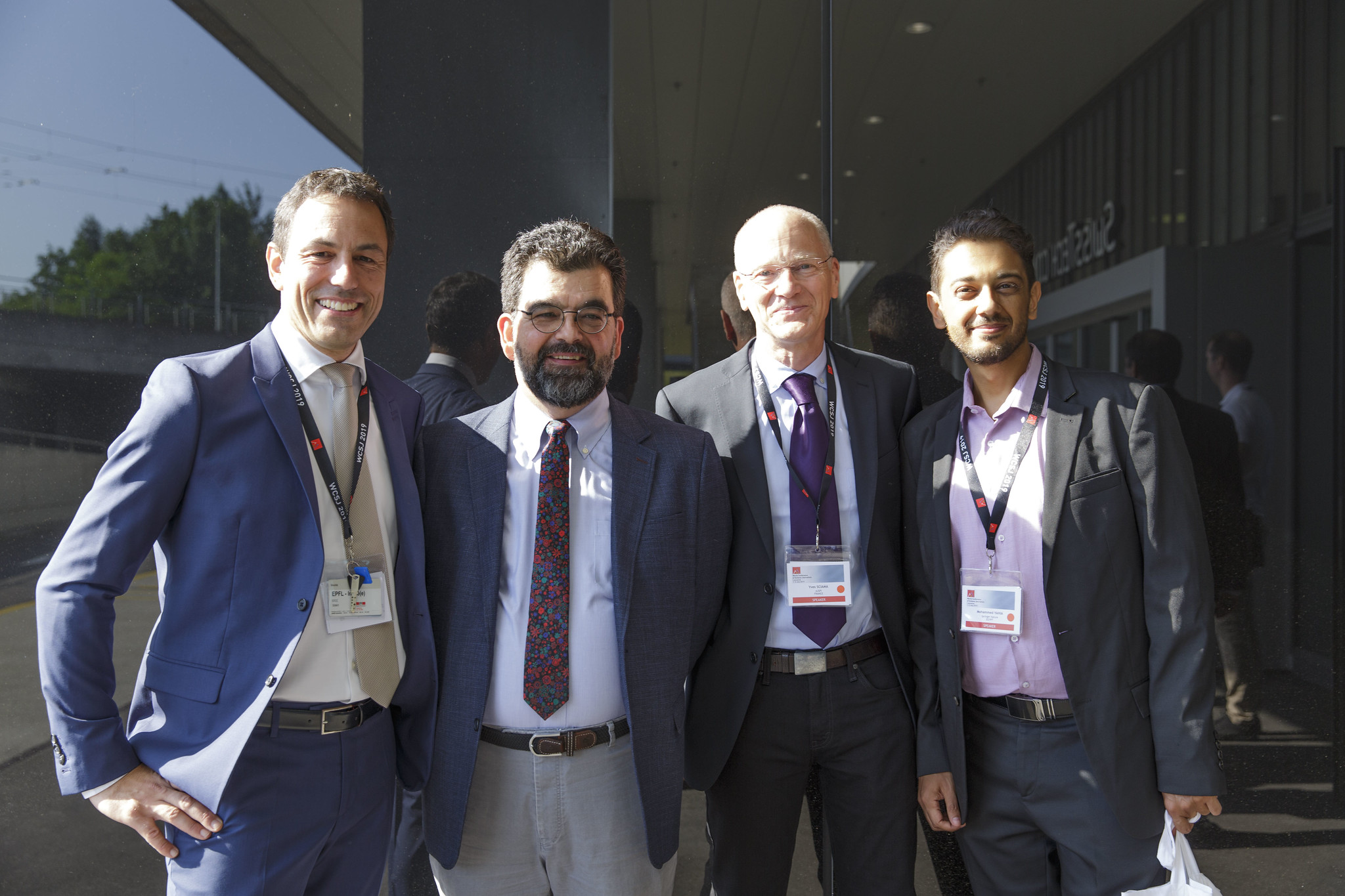 From left to right: Olivier Dessibourg (Chairman of the WCSJ2019, president 2012-2019 of the Swiss Association of Science Journalism), Fabio Turone (co-head Communication WCSJ2019 and president of SWIM, Yves Sciama, co-head of the Program Committee and president of AJSPI, Mohammed Yahia, president 2017-2019 WFSJ)

Martin Amrein, president of the SAJS since September 2019,  and who was also very present on the media stage (persoenlich.ch, SRF Swiss Radio), makes it very clear: “We demand that the media owners take into account the importance of science journalism and the public interest in it. The corona pandemic has made it clear to all of us that well-founded science journalism is systemically important and is of great interest to readers. Both also apply to the period before and after the pandemic. For this reason, the remaining scientific editorial teams must not be further decimated or even deleted entirely.” A remark that is valid in Switzerland, but certainly also throughout the entire world, and which – again – even the current Swiss president would fully agree with now, one year later, as she concluded here speech on the 1st July 2019 by those words: “Science journalism should not be the miserable part in the newsrooms. Scientific articles should not be published only for lack of anything else or anything better. Quite the contrary. At a time when everyone believes they know everything about everything, it is more necessary than ever to teach readers to “read” science. It is more necessary than ever to explain to citizens the challenges of technological developments. It is more necessary than ever to be able to distinguish true from false.”

In those times of great uncertainty and instability, when the world needs the objectivity science can bring, it is up to the journalists in general, and science journalists in particular, to take the challenge to sort out the good from the poor experiments and studies, to show healthy skepticism towards the too many self claimed experts, and to tell science neither more nor less than what it is: a growing and shared knowledge heritage continuously in the making, with sometimes mistakes (that most of that time are corrected along the way), but always benefits for humanity as a whole. It is also up to national associations of journalists and pan-organisations like the World Federation of Science Journalists WFSJ, to nurture this quality journalism spirit. And it is finally up to media owners, decision makers, politicians and to every citizen to defend and support it. It is these preoccupations that drove us to organize the set up the WCSJ2019 exactly one year ago. They are, today and tomorrow, more crucial than ever. 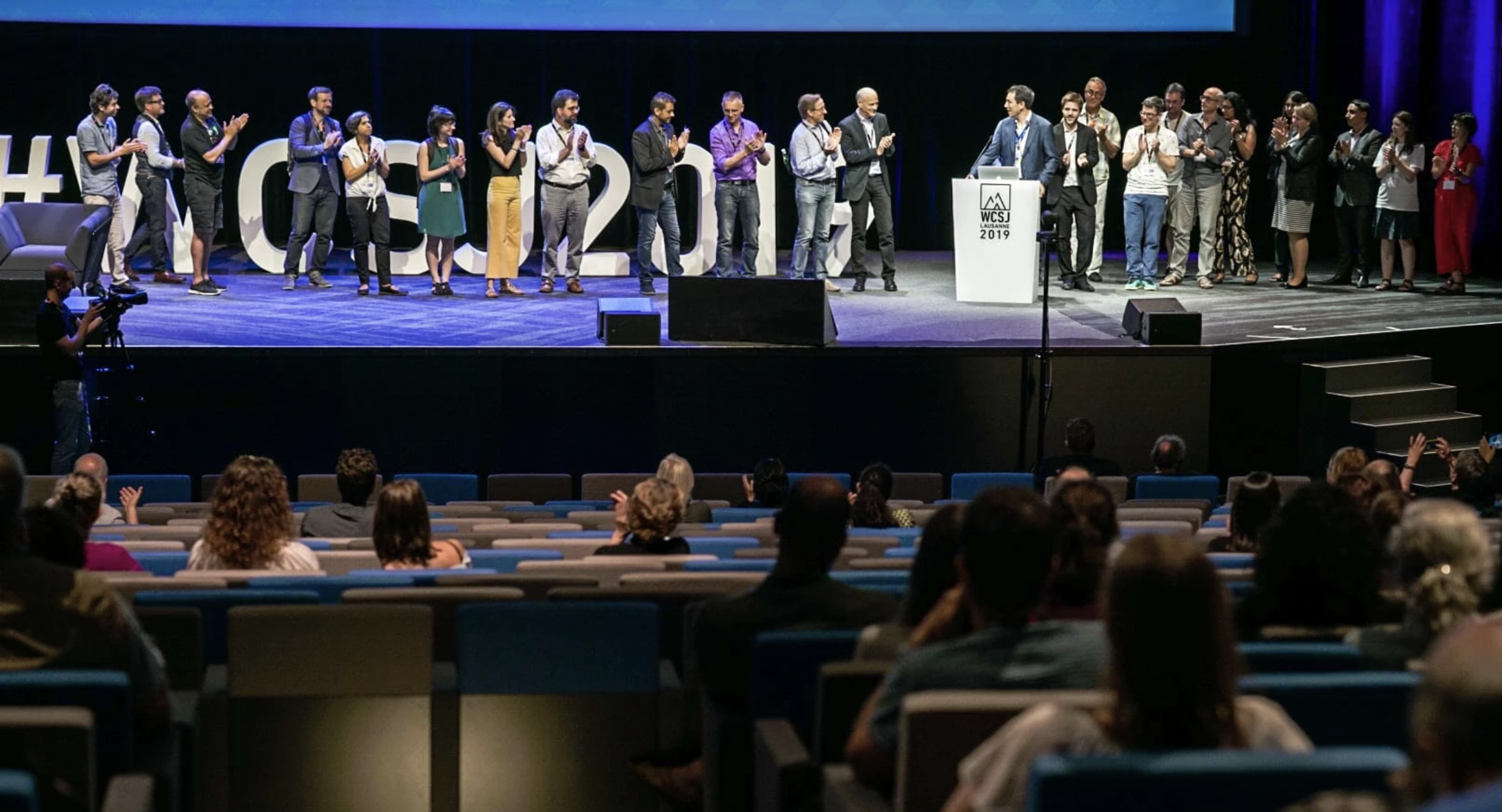 * After having co-founded Heidi.news, a new pureplayer media dedicated to science and health, Olivier Dessibourg is now, as of May 2020, Science communication director at the Geneva Science and Diplomacy Anticipator (GESDA), a Geneva-based foundation dedicated to cutting-edge science&technology and science diplomacy.