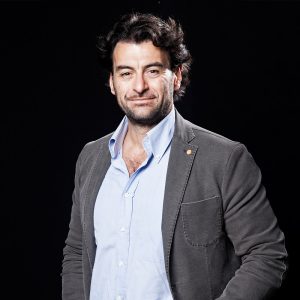 Marco Merola was born in Naples on 12th of March, 1974 and became a professional journalist in 1998. Since then, he has been extensively working on science and science communication, with a particular focus on repercussions of new technologies in the global economy. He has been author of reportages for several international magazines (GEO, National Geographic, Focus, BBC Science, Sciences et Avenir, Muy Interesante, Illustreret Videnskab and italian weekly magazines SETTE of Il Corriere della sera and Venerdì of La Repubblica).

As a freelance journalist Merola also had chance to extensively travel in Europe, Middle East, South America and Africa for reporting in poor countries and describe technology novelties easing the life of the modern man. Until 31st december 2016 he has been the Communication manager for several scientific projects of the Seventh Framework Programme of the EU on the Internet of Things on behalf of University of Rome La Sapienza.

Among these projects, SUNRISE has to be considered the most successful one in term of dissemination results here and here
Merola organized and moderated a section addressing SUNRISE and technologies for underwater cultural heritage surveying & preservation at a large public event called ESOF (European Science Open Forum, Manchester, july 2016) here

Merola also brought SUNRISE into the STEM campaign #EuFactor promoted by the representatives of the European Commission in Italy and made the project enough reliable, from a media and public opinion perspective, to be included in Nominet Trust 100, a prestigious event held in London that celebrates the people and organizations who are using the digital technology to innovate the world (december 2016) here

Merola is invited on a regular basis to participate and give speechs at public conferences in Italy and abroad. Last june 2017 he has run in Ca‘ Foscari University of Venice a workshop aiming at enhancing local scientists and academic researchers’ communication capabilities. In that occasion Merola has also launched a huge science journalism project related to climate change topics in collaboration with the Venice Centre for Climate Studies. Such project titled “Adaptation” aims at describing the way humans are already adapting to climate change, either from a social or technological perspective. Adaptation has been finally presented at the Festival of Internazionale in Ferrara (2017) here

Merola is today doing as Communication manager of ARCHEOSub and Safe Art (both projects are  related to the use of IoT techonologies in the field of cultural heritage), as well as of WSense, a spinoff of Computer Science Department of University of Rome La Sapienza.
His work is now specially focusing on promoting technologies and ventures towards medias and other stakeholders. Sustainable economy and Blue economy (Blue growth) are keywords which drive his job. Last but not least, on November 2016 Merola has been hired by Italian Government to lead Communication office of prestigious National Committee for Biosafety, Biotechnologies and Life Sciences.